Created 9-Aug-14
Modified 30-Jan-23
Visitors 464
282 photos
Funding was identified in May 2009 for the Metrolink route through Oldham town centre but it was not until this funding was finally secured in July 2010 that a contractor could be appointed, which took place the following month.

The route through Oldham evolved significantly as opportunities arose during the design and construction phase. Initially the route was to pass under the Manchester Street roundabout and pass through a tunnel under a hotel to reach King Street. The hotel site became vacant and this allowed a much cheaper and technically less risky route involving a cutting and crossing a modified roundabout.

At Mumps it had originally been envisaged that trams would pass over the landmark bridge, but instead the opportunity was taken to completely re-model the area, removing the bridge and the roundabout and constructing a new interchange and park and ride facility.

After the passing of the last trams on the former railway alignment in the early hours of 18th January 2014 work progressed rapidly to realign the track to connect with the new town centre section and the new route opened on 27th January 2014.

This collection looks at the evolution of this route over the years. There have been many changes, most significantly in the Mumps area which also changed considerably from the mid-sixties to the mid-seventies.
© David Beilby 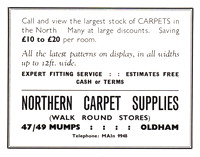 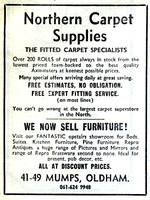