Created 17-Sep-11
This gallery has been under development a long time but is now almost as complete as it ever will be, given that there will always be new things to photograph. The project started in 2006 with Fotopic and after their demise was parked for some time at Pikfu before settling here.

To old and new visitors, a warm welcome. The site is, I believe, much improved, with images displayed at higher resolution but in a way that does not compromise the copyright of the many people who have so kindly supported this site since it was started.

The objective of this gallery is to be reference source on the buses of Saddleworth. I have a large collection of photographs of buses taken all around the district covering over forty years and wanted to be able to show them to those who were interested. The nature of them means that the interest will not be confined to bus enthusiasts as they illustrate the tremendous changes there have been in this beautiful district in more recent times.

Consequently I have tried to develop it as a local history resource as well. In adding captions to the photographs I have, where possible, drawn attention to features in the background. A further part of the historical aspect is to record the history of each service.

I would not pretend to know everything about the buses or the locations and there will undoubtedly be errors. I therefore welcome contibutions to this resource which can be photographs, historical information, corrections or anything else. Any photograph, old or new, can add to the total picture and all that I use will be acknowledged. Comments are always welcome and they help to bring the site to life.

This gallery is grouped by bus service and the photographs follow the route in order, so select the first image, click the"Slide Show" option, sit back and take a journey without doing anything more. The one difference is with the 10/180 and 14/184 collections, where I have so many pictures it made sense to do separate galleries for each direction. Where buses are diverted off their normal route I have generally put such photos at the end of the collection as it can be difficult to place them in a correct sequence.

I should like to thank the others who have helped the gallery develop. Mark Amis deserves a special mention due to not just his willingness to make such a superb range of pictures available but the active encouragement given, especially in the period when the concept was still under development. Phil Smith has also inspired me when it came to the express services by providing a huge amount of information which to me brought the pictures to life.

Thanks are also due to the following for permission to use their photos:

Without the contributions and efforts of all these photographers this gallery would be so much less comprehensive.
© David Beilby

Maps and other information

13 & 183 - Manchester to Uppermill and Greenfield via Scouthead

82 - Manchester to Waterhead and Uppermill

14 & 184 - Manchester to Uppermill, Diggle and Huddersfield

14 & 184 - Huddersfield, Diggle and Uppermill to Manchester

429 - Manchester to Greenfield and Huddersfield 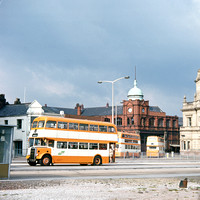 Manchester to Bradford - Ripponden and District 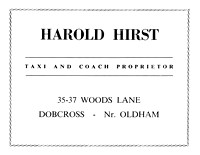 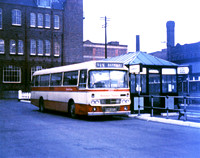 430 - Bury and Rochdale to Greenfield and Holmfirth

235 - Manchester to Uppermill via Littlemoss